Either of the two horn-like regions of the exterior of the Mandelbrot Set found near a bond point; or the single such region found near the point of maximum curvature on a cardioid mu-atom.

The use of the word 'cusp', referring only to the cusp of a cardioid, was introduced by Benoit Mandelbrot in his description of the Mandelbrot set in The Fractal Geometry of Nature.

Cusps are one of the more prominent features of the Mandelbrot Set, and are frequently explored because they contain many unique features. In particular, the filaments in cusps have much denser shapes and many beautiful spirals.

There are two types of cusps, cardioid cusps or 'single cusps' and normal or 'double cusps'.

As you approach a cusp, the mu-atoms get steadily smaller and their periods increase at a linear rate. Notably, the correlation between period and size is inverse-square for normal cusps and inverse-cube for cardioid cusps. See Secondary Continental Mu-atom and Main Sequence.

Ultimately, exploring cusps pushes the limits of the computer because a very high Dwell Limit is needed, particularly if you are trying to go deep enough to find an area where neighboring mu-atoms are imperceptibly different in size. The following views use dwell limits of 250000 and 1000000: 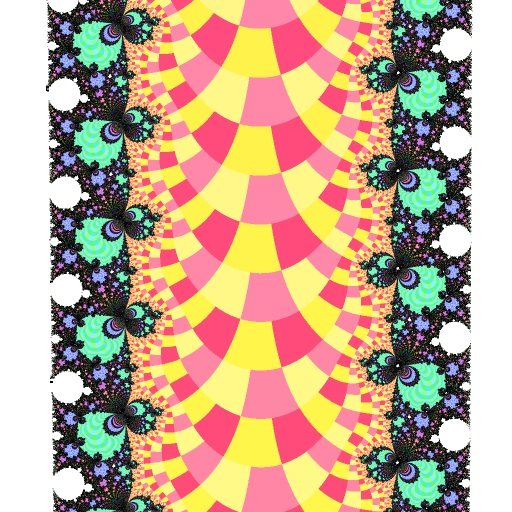 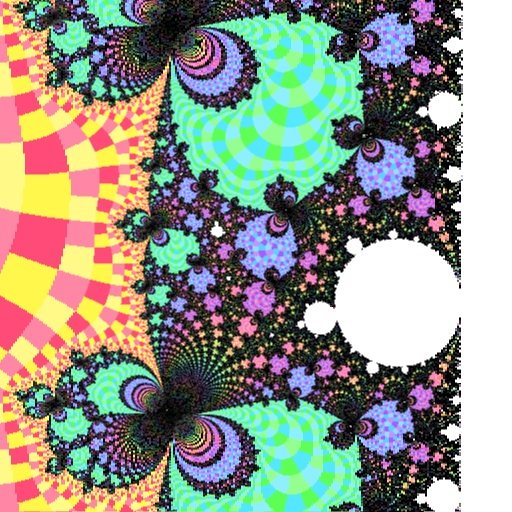 From the Mandelbrot Set Glossary and Encyclopedia, by Robert Munafo, (c) 1987-2022.     Mu-ency index
This page was written in the "embarrassingly readable" markup language RHTF, and was last updated on 2010 Sep 22.